Above: From 21st January 2019, CalMac will provide the passenger-only service from Gourock to Dunoon which is currently provided by Argyll Ferries

The Gourock to Dunoon ferry service will transfer to CalMac when the current contract ends next month, becoming part of the Clyde and Hebrides Ferry Services network.

New Start-Up Drinks Lab Is Fizzing Over With Innovation

A new drinks business based at Riverside Inverclyde’s Kelburn Business Park in Port Glasgow is celebrating a successful first six months in which it helped other fledgling businesses make it to market while also providing a space for brand innovation.

Question marks have been raised about a plan for a £100m Greenock college campus. Inverclyde's four independent councillors say West College Scotland should go back to the drawing board after unveiling plans for a new-build complex at East India Harbour.

Above: McGill's six new drivers that have qualified celebrate with Ri, The Trust and David Taylor of McGill's (furthest right)

A team of new bus drivers are now behind the wheel thanks to a local employment scheme. Six local men who were out of work secured a place on the eight-week programme and are now on board at McGill's Buses.

The local branch of Home-Start, a national family support charity, has received a donation of £2,000 from the Amazon fulfilment centre in Gourock.

Above: Brian Dick, Owner of the New Chocolate Company which has broken into the luxury hotel market

The New Chocolate Company, which was set up 18 months ago by former financier Brian Dick and his wife Joanne, has broken into the luxury hotel market, striking an exclusive Christmas deal with 5-star hotel residence The Edinburgh Grand.

A Writer and producer from Gourock has roped in River City's Stephen Purdon and Scottish acting royalty David Hayman to star in his new play about legendary boxer Benny Lynch, which explores the remarkable rise - and fall - of the country's first world champion.

Places To Visit This Festive Period In Inverclyde: Food Edition

Christmas is fast approaching so if you are looking for the perfect place to go for a festive lunch, dinner or a few drinks with friends, family or work colleagues we’ve 11 options and menus to help you make your decision. 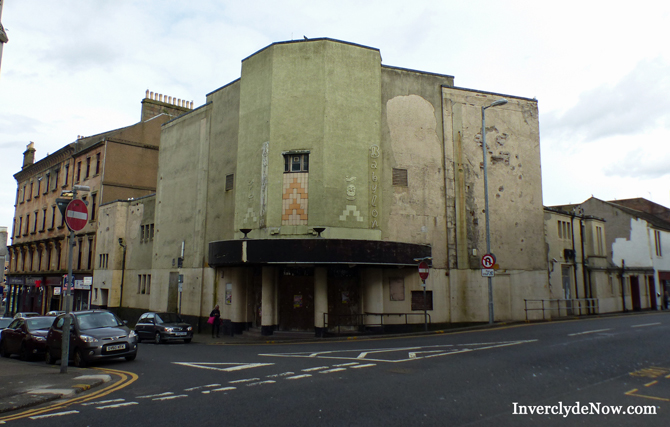 Above: The site of the old Babylon Nightclub in Greenock which has attracted interest from housing developers

Inverclyde Council is hoping to attract a developer for the former Babylon nightclub site in Greenock town centre.

Paying a visit to Cardwell Garden Centre can be good for your health. The centre’s Patio Restaurant has been presented with an NHS Scotland healthyliving award for the good quality and healthy food being served to customers.

Departure Of Older Trains From Inverclyde Is Back On Track

Scotrail has halved the number of times a day that it uses 40-year-old trains on Inverclyde's railway lines. Newer Class 380 trains are replacing them on the Glasgow Central to Gourock and Wemyss Bay routes.

Above: The Riverside Inverclyde Board with Dr Fay Rogers who is stepping down in her role as director.

Inspirational Community Representative Celebrates Stepping Down From Riverside Inverclyde Board

Long-term Riverside Inverclyde Board Member, Dr Euphemia Rogers BEM, has celebrated stepping down from the Ri Board of Directors. Fay joined the Ri board upon inception in 2006 and had previously served as a Liberal councillor and a Gourock community councillor.

Gather round the festive table, folks, as we serve up a Christmas cheeseboard the likes you haven’t seen before. Nutcrafter Creamery’s vegan nut cheese is cut from a very different cheesecloth, and their mounds of free-from delight will give your yuletide feasting a whole new wonderment this year.

A group of 'elves' from building contractor McDermott Group called at Inverclyde Foodbank to give donations. The company is donating £4,500 worth of cash, food and gifts to help people in Inverclyde, Edinburgh, Glasgow, North Lanarkshire, the Scottish Borders and West Lothian this festive season.

Above: The site of the former Wemyss Bay Hotel which was recently demolished to make way for a new Co-Op store.

In Pictures - All That's Left Of The Wemyss Bay Hotel

The former Wemyss Bay Hotel has been demolished to make way for a new Co-op store. The building on Greenock Road was knocked down overnight, a job brought forward after stormy weather meant the structure was unsafe.

It's On Your Marks, Get Set, Go!' For Inverclyde Sports Star Awards

The search has started for the Inverclyde sportspeople who have excelled this year. Nominations should relate to successes during the 2018 calendar year and need to be in by Monday 14 January 2019. Winners will be announced on Friday 8 March.

Above: Representatives from some of te 60 Business Supporting the Inverclyde Carers Passport Scheme.

A new Carer Passport which launched on 16 October 2018 will support thousands of unpaid Carers to recognise and be recognised for their valuable contribution to the Inverclyde community.

Schools, individuals and voluntary organisations in south west Greenock, are among the wide variety of applicants to Oak Tree Housing Association’s Our Community, Our Future £35,000 fund.

Central Dental Lab Scotland have applied for permission to change the use of premises at 20 Moss Road, Port Glasgow from a shop to a dental laboratory.