Above: Fergusons Boss Jim McColl at the Shipyard  (Photo courtesy of The Herald)

Taylor Wimpey has applied for planning permission in principle from Inverclyde Council. According to the local authority website, there have been 218 public objections to date and just two submissions in support.

Three Inverclyde women have received MBEs in the New Year Honours. Vicki McCarthy, founder of Reach for Autism, Jackie McKelvie of Gourock, vice-chairperson of Oak Tree Housing Association, and Sheila MacLeod have all been recognised.

Global export company PG Paper has reported a bumper year with turnover up to over £35 million. Profits at the firm, owned by Kilmacolm couple Poonam and Puneet Gupta, also increased by £37,000 to £1.17m.

Above: Wilson's Storage and Removals in Jamaica Street, Greenock which has now been demolished  (Photo courtesy of  Greenock Telegraph)

Business is buoyant for ferry operator Western Ferries with a pre-tax profit of over £2 million - on top of a £3m investment in its Gourock berth.

Kathleen McMillan, a volunteer conservationist at the Greenock Cut Visitor Centre, was named RSPB 'Young Nature Champion' at the Nature of Scotland awards.

Above: Ross Garman (centre) with members of the Avari team and the Scottish Enterprise Award

Avari Identity, which formed in June 2016 and relocated to Greenock in 2017, has been named 'Identity Provider of the Year 2018' at the Scottish Enterprise Awards (SEA).

The new boss of the Oak Mall in Greenock has revealed the shopping centre is on the road to recovery and outlined his vision for the future.

The lower end of Baker Street - between Regent Street and Ingleston Street - will be closed for nearly two months as part of a £3million project to realign the route.

Motorists had their first chance to drive up and down one of Greenock's busiest routes for the first time since it closed in September to allow the £3m redevelopment to take place.

The attractive outdoor space on Ann Street has been created by RIG Arts in partnership with local residents and housing association River Clyde Homes.

Royal Gourock Yacht Club and Royal West of Scotland Amateur Boat Club (RWSABC) hosted their annual events which saw members take to the water alongside swimmers of all ages.

The Rural Affairs and Environment Minister has given a rave review for Inverclyde’s burgeoning food and drink industry.

Festive Dinner To Bring Lonely People Together Hailed As A Success

21 year-old Taylor Barnes has thanked the Inverclyde community for rallying round to help her organise a special dinner after her team of hard-working volunteers – including head chef Hardeep Singh Kohli - delivered a meal for 70 people.

Seventeen Apprentices Have Been Told 'You're Hired' By Inverclyde Council

Another batch of young people have joined the local authority's successful modern apprenticeship (MA) programme, working across a range of departments.

In-fact, take a bow, chef. I think this ham hough croquette — fluffy potato and sweet, smoky, shredded meat in a deliciously crunchy crumb — might be the best one I’ve EVER tasted.

Gemma Kelly found herself out of work for two years as she battled anxiety and depression. Her life changed when she got involved with the government's Fair Start Scotland initiative - delivered by The Wise Group - which helps people get into work.

A collaboration between three Inverclyde businesses has seen over 200 Christmas boxes sent around the globe packed with Inverclyde produced chocolate. 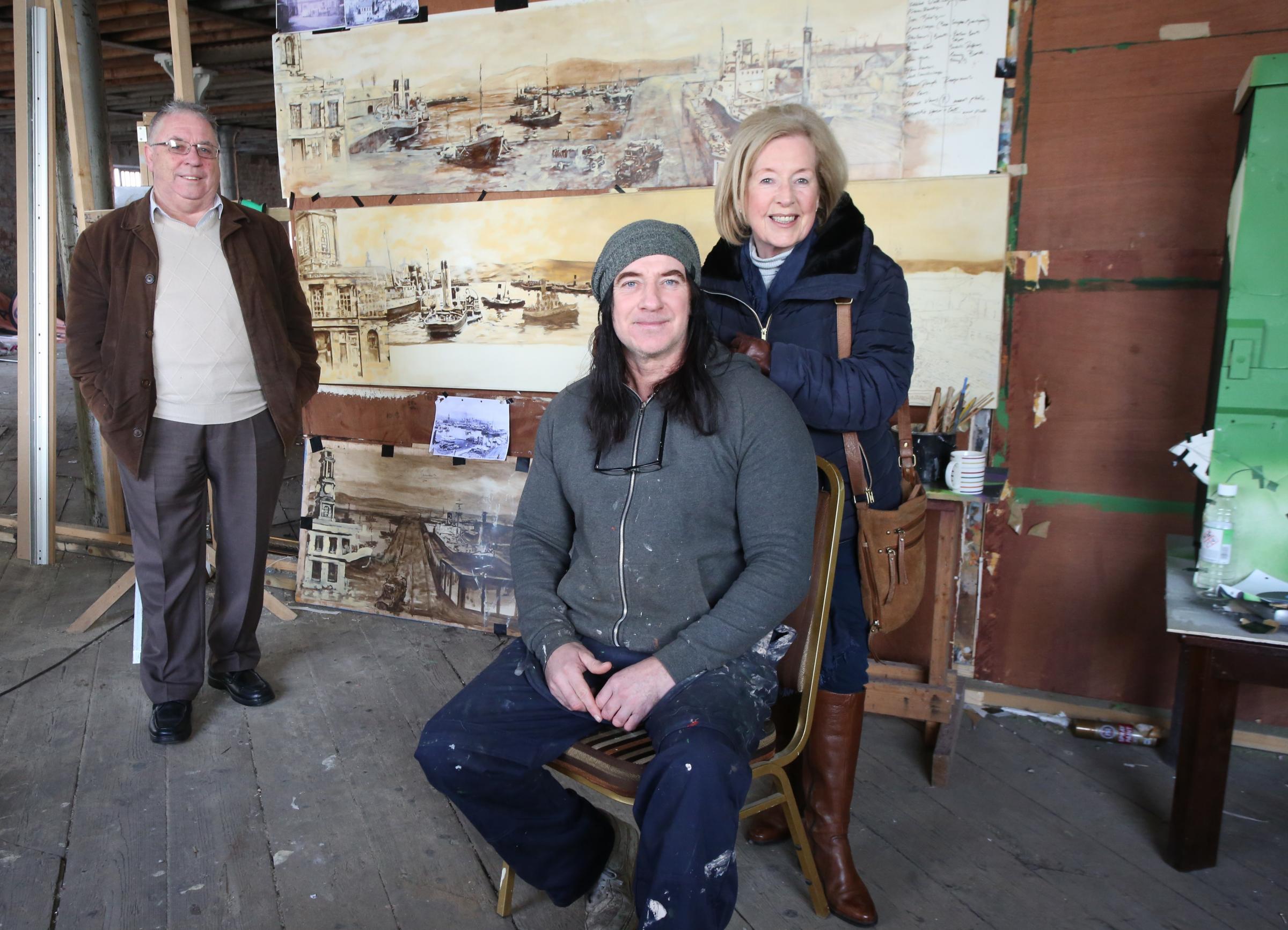 Mural To Honour Port Glasgow's Past

Artist Jim Strachan is recreating a vision of Lamont's Dry Dock, which dated back to 1762, which will later be printed onto aluminium boards before being erected at the gable end in the town's Bay Street.

By George, Things Are Looking Shipshape

Inverclyde is a region founded on the River Clyde, and the river is once again helping the area to prosper, allowing it to connect with the rest of the world. It is the focus of the successful regeneration currently taking place in the area.

Bride Kirsty Robb, 28, says she will be forever grateful to the team at Joseph Harley in Nicolson Street, Greenock after they stepped in late on to supply her bouquets and floral decorations.

Fergus Monk, who owns a garage in West Quay in Port Glasgow, was inspired by his surroundings to commission local artist Jim Strachan to provide artwork for the arches of the building.

A charity that supports families with children who have cancer has received a surprise Christmas donation from the team at Amazon’s fulfilment centre in Gourock.

It was a record-breaking year for the store's toy appeal, as shoppers picked tags from the festive fir and bought a gift for a child in need. Hundreds went to Inverclyde Foodbank as well as Barnardo's Thrive and Home Start Inverclyde.

Planners have agreed that a new hot food takeaway can open in upper Larkfield. A change-of-use application has been approved for one of the units at a recently-constructed development at Burns Square, Greenock.

Above: Danny and Liz McArdle who have compiled a book of special recipes for Traction Cancer Support.

A caring chef and his wife have cooked up some very special recipes for a cancer charity. Danny and Liz McArdle have compiled a book called ‘No Chew Stew’ for charity Traction Cancer Support.

Customers of River Clyde Homes were given a festive treat this year with the third annual winter parties taking place in both Greenock and Port Glasgow.

Belville Community Garden’s free ‘soup and a blether’ drop-in once a week attracts dozens of families and even stayed open during the festive holidays.

Developed by Scotland Food & Drink in response to growing demand for local products in local markets,the programme will help grow local and regional sales by bringing together regional buyers, producers and suppliers for a series of one-day meet the buyer events.