By George, Things Are Looking Shipshape

Above: An artists impression of the landmark visitor centre at Greenock Ocean Terminal

Inverclyde is a region founded on the River Clyde, and the river is once again helping the area to prosper, allowing it to connect with the rest of the world. It is the focus of the successful regeneration currently taking place in the area which is also well served by roads, rail and the latest in digital technology.

Set against the magnificent backdrop of the Clyde and Argyll hills, Inverclyde encompasses the coastal towns of Gourock, Greenock, Inverkip, Port Glasgow and Wemyss Bay.

It has been at the heart of Scotland’s shipping industry for more than a century, and now a £14.7m investment is giving Greenock Ocean Terminal a new lease of life. Not only has it become Scotland’s cruise ship capital but it is also a hub for freight destined for ports around the planet.

Plans for a landmark visitor centre have now been revealed by Inverclyde Council to provide a fitting welcome for cruise ship passengers visiting Scotland from across the world. 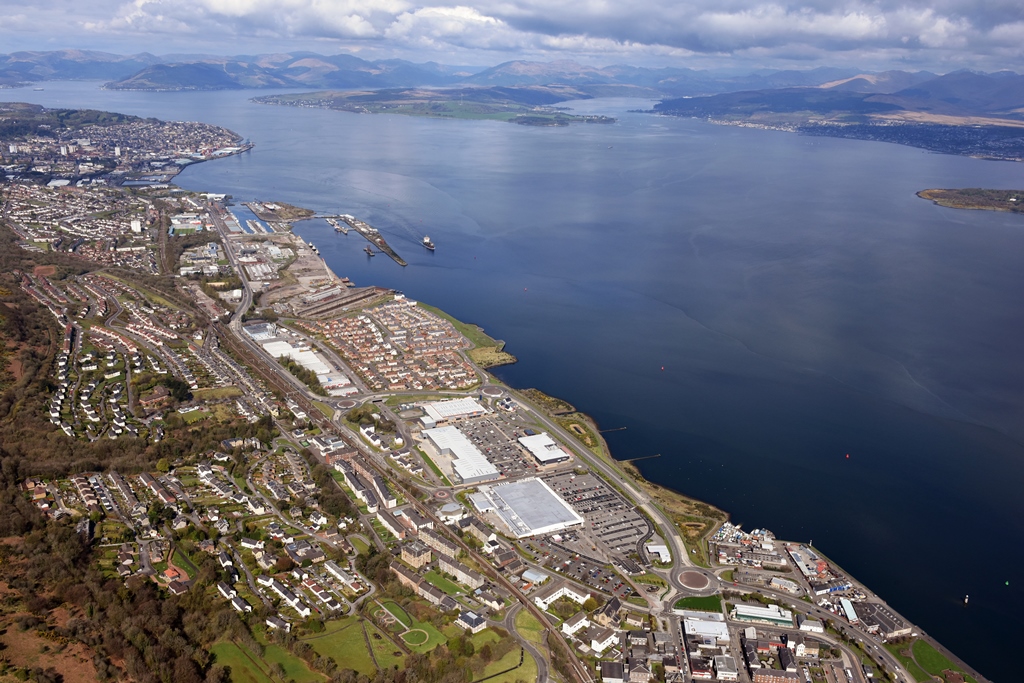 Above: Inverclyde continues to regenerate itself and its coastline

The plans, developed by Richard Murphy Architects, also include a purpose-built gallery celebrating the work of Inverclyde resident sculptor George Wyllie (1921 – 2012) and a new rooftop restaurant with panoramic views across the Clyde.

A dedicated cruise liner berth is also planned to enable the freight business to continue with its current growth trajectory feeding into Liverpool amongst others.

Greenock was the first Scottish port to break the 100,000 passenger barrier in 2015, and the proposed terminal could see an estimated 150,000 passengers passing through delivering a £26m annual visitor and crew spend to the economy.

The project, being delivered by Inverclyde Council in conjunction with Ocean Terminal operator Peel Ports, is part of the £1bn Glasgow City Region Deal funded equally by the Scottish and UK governments. The planned completion date for the visitor centre is Spring/Summer 2020. 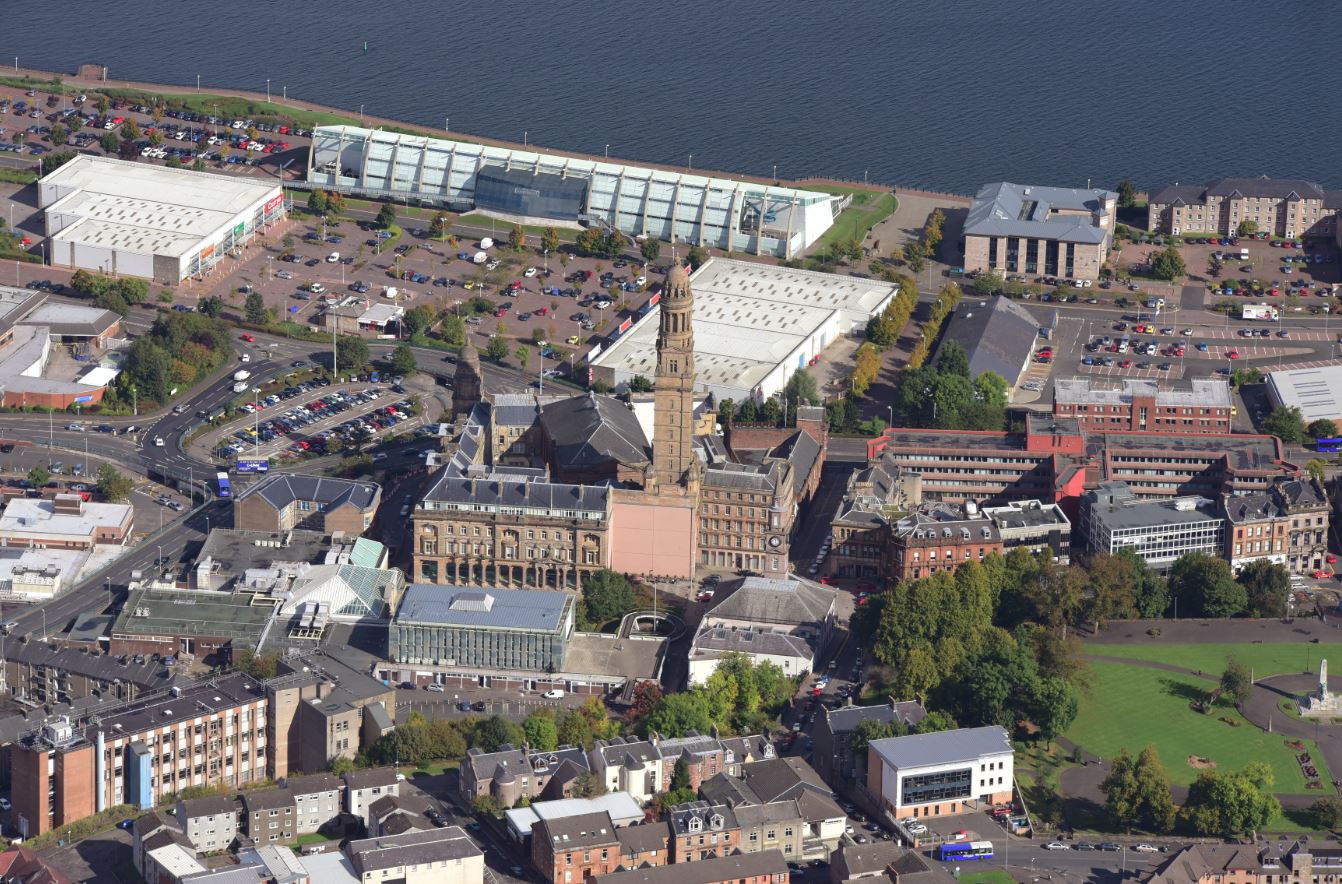 Above: Public Wi-Fi is expected to be installed by the start of the 2019 season in many areas across Greenock Town Centre

Inverclyde Council also has the ambition to create one of Scotland’s first Smart Town’s through the SMART Greenock programme.

Professional services firm Capita has been awarded a contract by the Council to develop Smart Town connectivity on behalf of the Greenock Town Centre Regeneration Forum, which is made up of local retailers, resident groups, agencies, Inverclyde Council and Riverside Inverclyde (Ri).

Working closely with Capita, Inverclyde Council’s delivery agents Ri will design and deliver a leading-edge, secure and fully managed wireless solution, with the first project as a result of the new capability to be a free public Wi-Fi system.

The idea for Public Wi-Fi was one of the initial outcomes from the Greenock town centre Charrette process which took place in 2016.

An initial pilot phase of SMART Greenock is expected to be installed imminently with a full roll-out set to be in place in time for the start of the 2019 cruise season.  Its availability will cover populated areas across Greenock town centre, including the various transport hubs and new Ocean Terminal, as well as the heritage, arts, leisure and retail quarters.

With a further £1.5m earmarked by Inverclyde Council to invest in improving the public realm of West Blackhall Street – another Ri delivery - at the heart of Greenock Town Centre, the level of investment and technology in Greenock will aim to transform tourism opportunities and experiences across Inverclyde.

The e-reader version of the feature can be accessed here.

This article and images appeared in The Herald on Sunday on 18 November 2018.